Some features discussed below have not yet been activated. 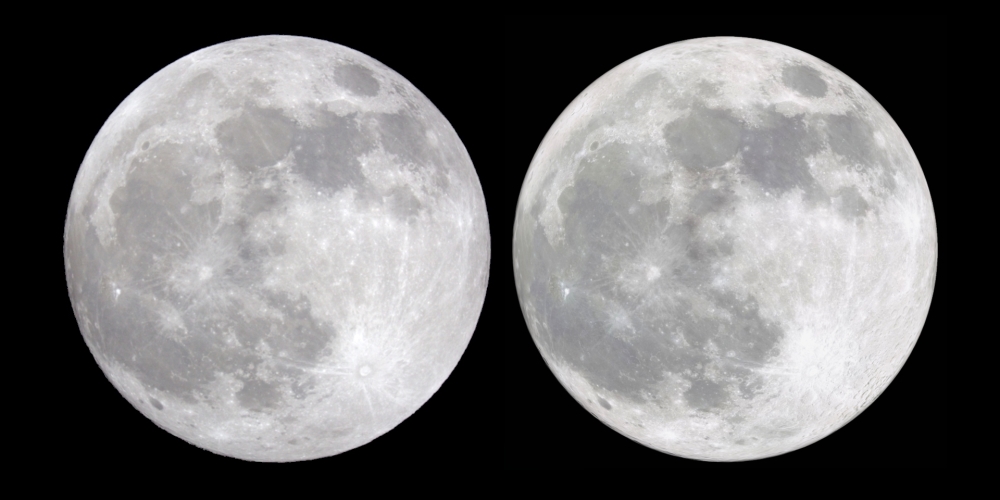 Here's a photo I took of The Moon (left) compared to a screenshot from Luniss (right). We have a few more similar tweaks to make, quite a lot of optimising, and then we'll be going online! It's remarkable the difference between browsers. 60 frames per second (FPS) on Google Chrome; 2 FPS on Microsoft Edge! And that's made us on edge! We've now got it up to 30 FPS, but that's using our "super computer" and its super graphics card. We can only hope that the average PC can handle it, so we're looking at ways one can turn off certain features. Who is that bothered about the positions of 6000 artificial sateliites anyway? Keep watching this space.

The Constellation of Orion 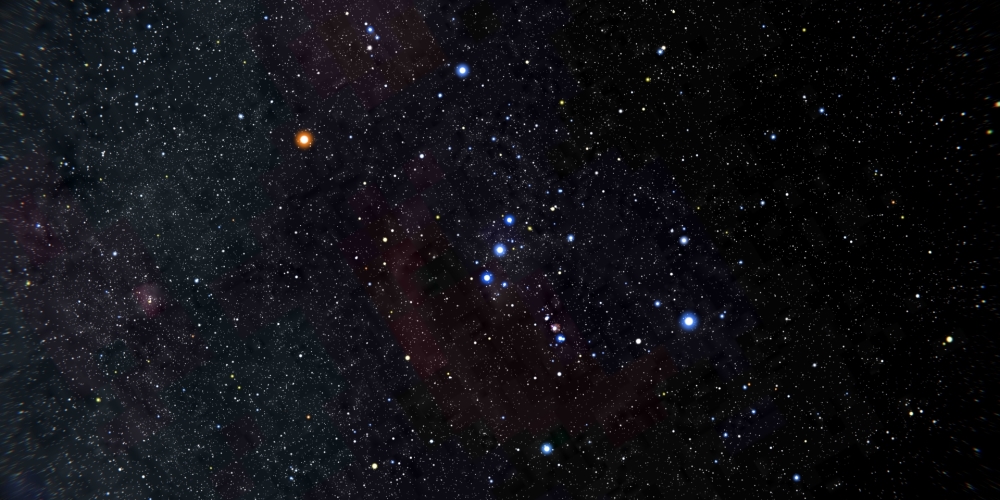 Luniss has rendering to simulate both what the eye might see and what a long exposure photograph might capture. Here's the constellation of Orion with a +2 exposure value compared to the default rendering. 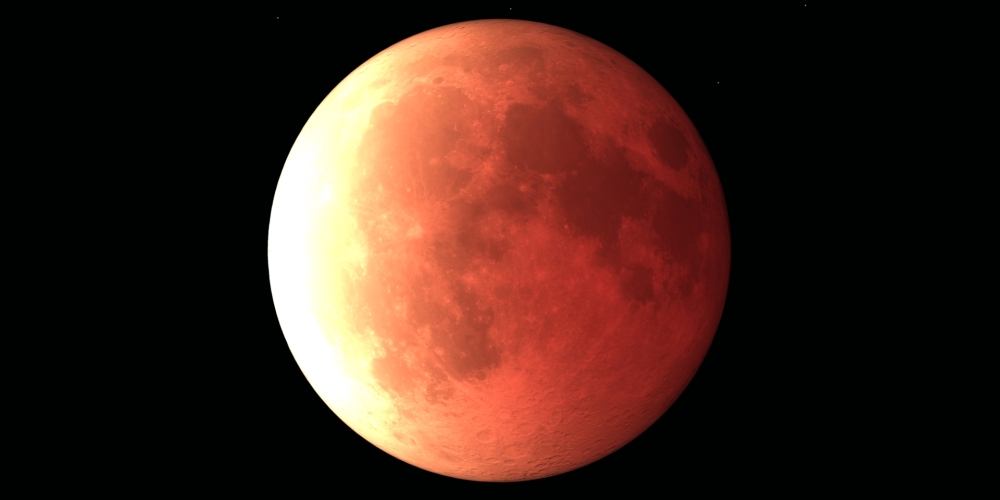 Here's a screenshot from Luniss (which will be launched as a Beta version before the end of the year), and a reminder about the upcoming total lunar eclipse on the evening of 27th July. It will rise between 21:00 and 22:00 (BST) during totality for the UK, depending where you are located, and might be hard to spot at first. But as it emerges from Earth's shadow, you'll still be able to appreciate the wide range of colours and brightnesses across its surface. 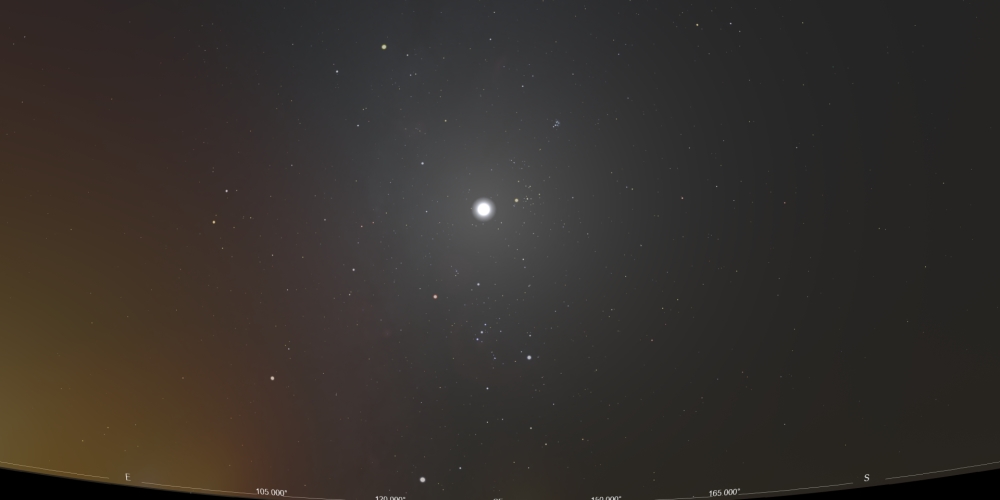 In an update to our Light Pollution post at the start of the year, we are now able to show you localised light pollution. These are the lights one sees on the horizon when in the countryside, and the glow of a city when in the suburbs. Additionally, the glare from a near full Moon is simulated. Of course, unlike in real life, these can be turned off. 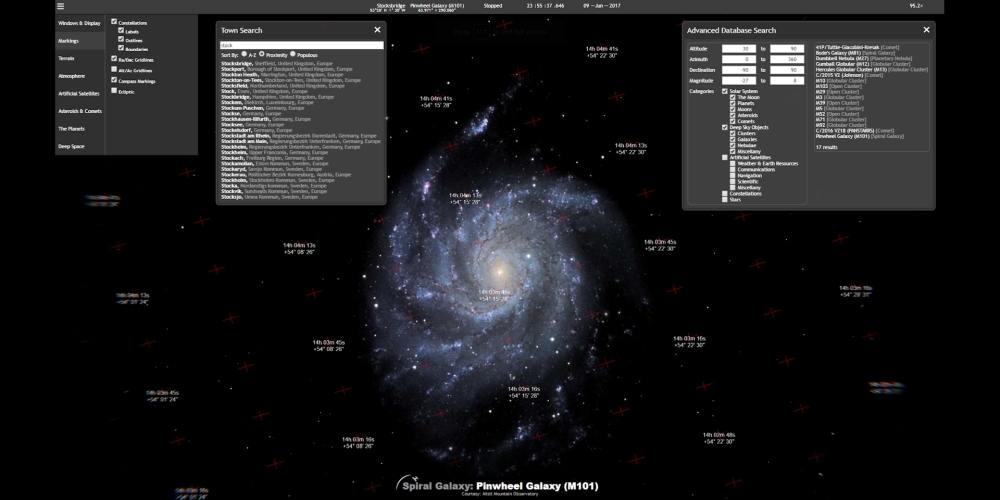 The User Interface to Luniss is simple but powerful. We believe that lots of control should not mean lots of buttons! There's a menu at the top, to control date/time, location and view. There are options at the top left to tweak the environment, with such things as your choice of terrain, light-pollution and compass markings, etc. And, where an action cannot be completed with a simple menu item selection, pop-up menus appear. In the screenshot above, we have illustrated the options panel in the top left of the screen, the locations pop-up to the right of that, and a very powerful Advanced Search menu to the right, which will let you plan your evening's viewing tailored just for you. 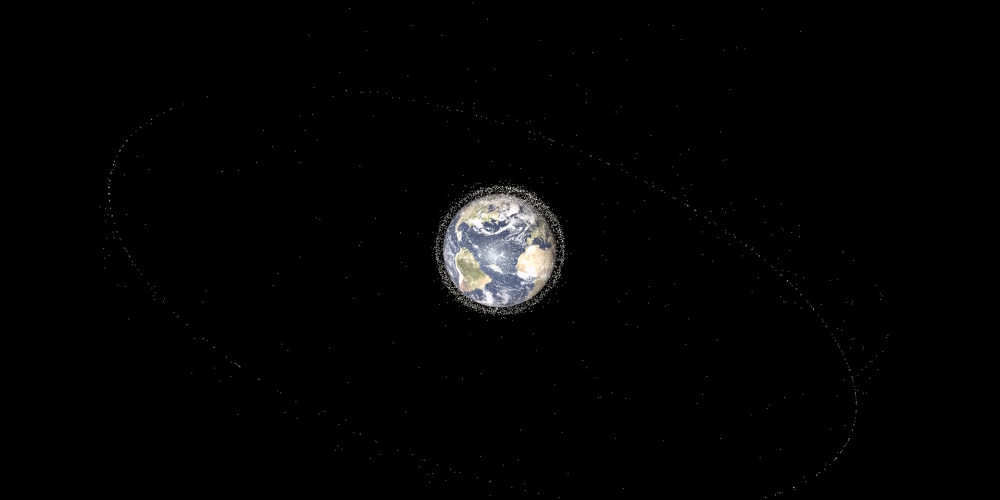 In Luniss, you'll be able to view all earth-bound artificial satellites, including the geo-stationary ones that provide your Sky TV signal (Astra). Take a trip on board the ISS and play "spot the hazard". 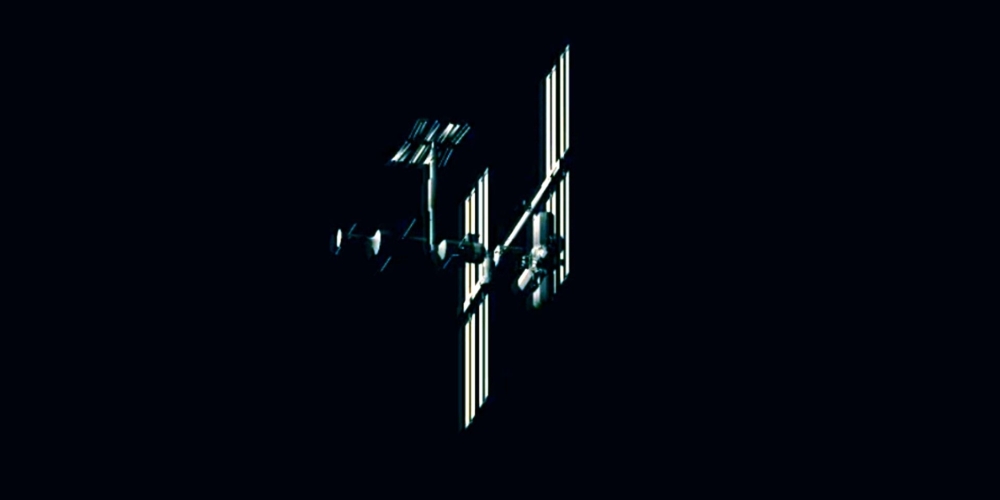 The ability to track the International Space Station as well as some other man-made satellites and research stations is a new feature of our virtual planetarium. So, when you're planning your next viewing session, you can take a quick look at our "What's Up" section to see if the ISS – or other satellite – is going to pass overhead during the evening, and exactly where to look for it. In real life, taking a photo of it through a telescope is a challenge, because of its extremely fast rate. But in Luniss, you'll be able to stop the clock and step through one millisecond at a time. 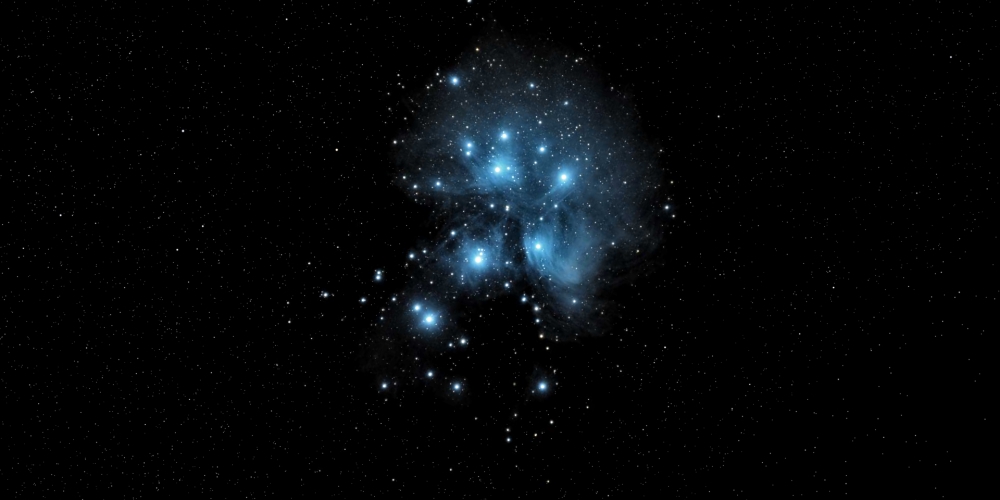 When we launch later in the year, you'll be able to view all 110 Messier objects. They are processed from images provided by a number of sources, including NASA and even our own astrophotography. Here's the Pleiades, visible with the naked eye. Each Messier object is blended seamlessly into the background stars and milkyway; it's even placed correctly in space, so you will—at some point in the future—be able to fly out to it and see it in all its glory. 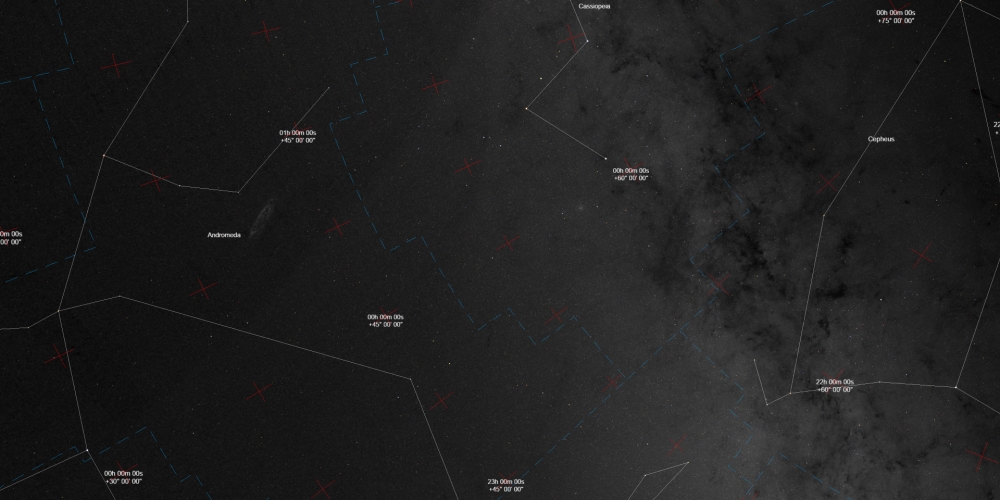 Thanks to Gaia, Tycho and other star catalogues, we have 535,248,573,996 bytes of data with which to paint the sky. Here's a sample of what you might see when entering Astrophotography Mode in our simulation of the northern skies. 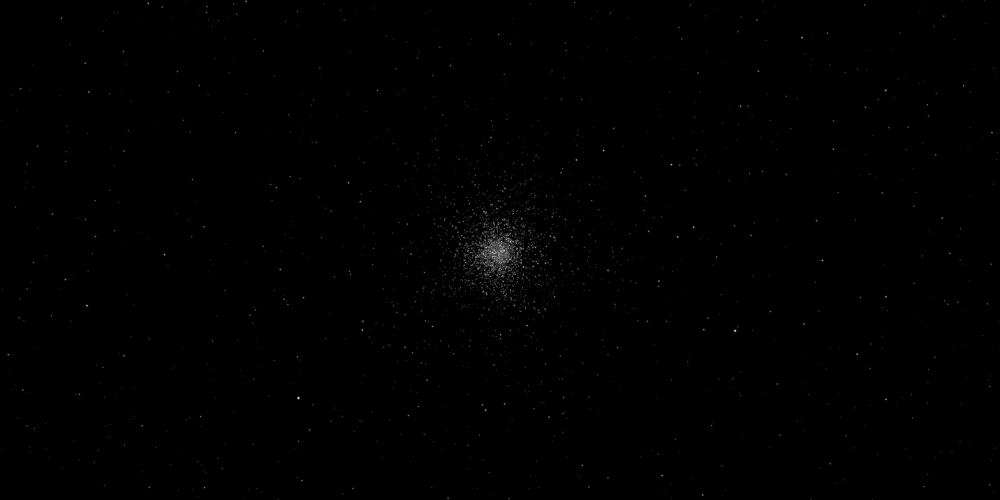 A new feature for our virtual planetarium is the inclusion of the deep sky objects. The biggest and brightest to start with, and many more to be steamed your way in future. We begin with Open Clusters and Globular Clusters, like M13 seen here in this black and white screen shot. When we launch later in the year, you'll be able to see many of the Messier "M" objects in all their glory – the beautiful colours of M42, The Orion Nebular; the awe-inspiring M31, The Andromeda Galaxy, our closest galactic neighbour; and the wondrous open cluster of M45, The Pleiades. 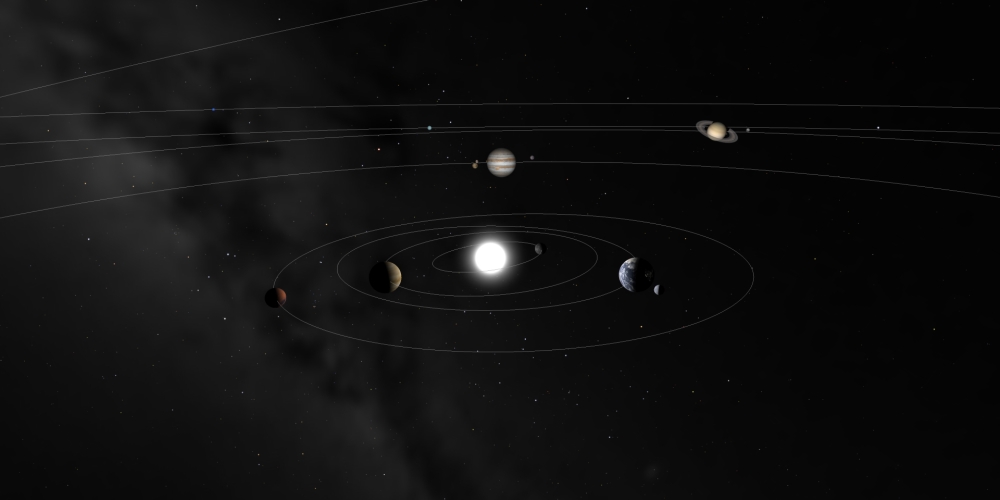 I had a poster of the solar system as a teenager, and I always wanted to be able to 'animate' it. Well, it's 25 years later, and I've done it. But it's not just an animation, it's a completely accurate* and interactive experience: one can watch the planets wander around the sun at a million times normal speed, and/or fly through the solar system on a virtual spacecraft. Here we see a static shot of the solar system, and the planets Mercury, Venus, Earth, Mars, Jupiter, Saturn, Uranus, and Neptune, together with the Sun, Moon and some of the Jovian and Saturnian moons too. In the background, we see the Milky Way, again rendered accurately.

*The planets' sizes are scaled to appear bigger than in real life—it's rather unimpressive when rendered at the correct scale! This will be an option for you to select or deselect as you desire. 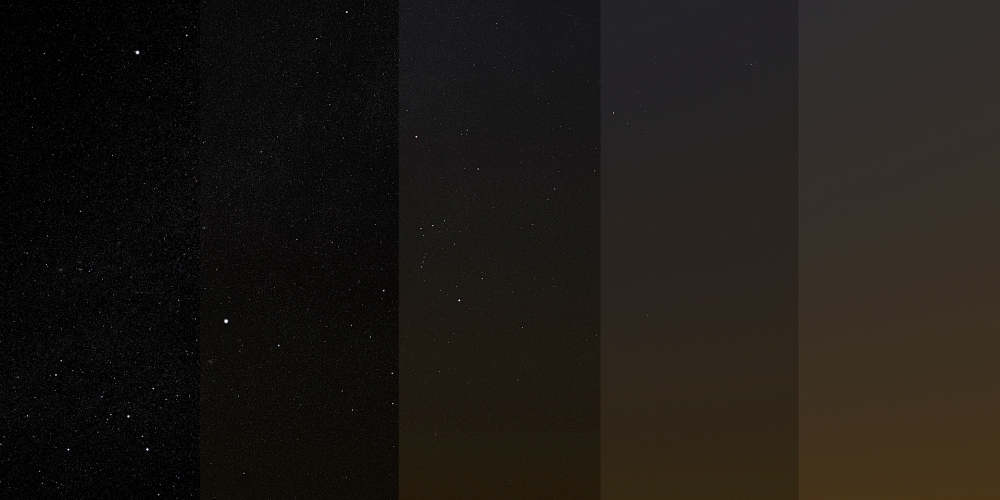 It's not just about simulating the stars and the planets, but it is also about simulating phenomena closer to home. While many of these, such as clouds, weather & lightning, and aeroplanes, etc. will feature after our launch later in the year, we are presently concluding our work on light pollution. One can turn it off, of course, but based on geographical features – primarily the proximity of towns and cities – we can reasonably simulate light pollution from where you are in the world. Here we see a simulation of light pollution while looking at the constellation Orion. Five vertical slices simulate, from left to right: a dark sky site, rural/countryside, suburban, town and city. These roughly correspond to the Bortle Scales of: 1, 3, 5, 7 and 9. And while the simulation is just to give an impression of the conditions modern life imposes on us, it might even come in handy for planning your next viewing session when visiting the countryside. 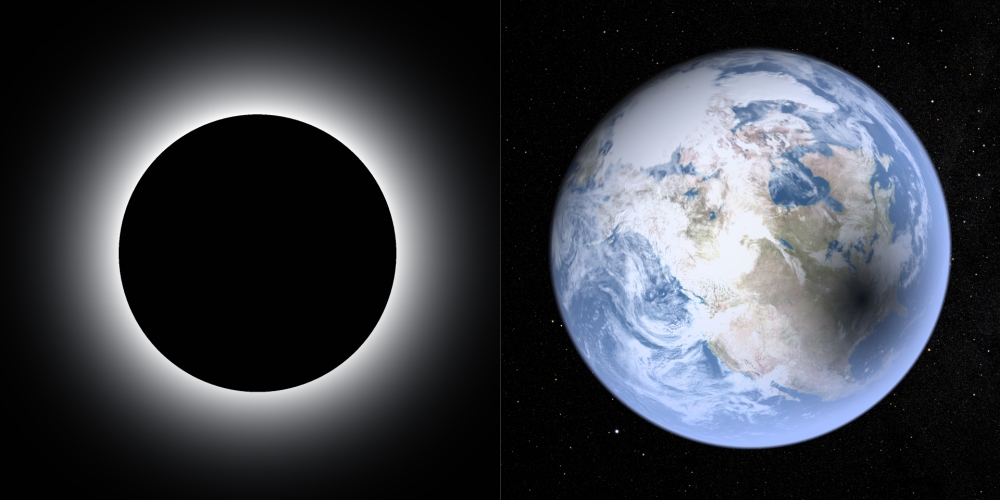 We had difficulty deciding which images to include in this montage of the USA total solar eclipse (21 August 2017), but decided to keep a lot back to avoid spoiling the surprise when we launch next year. (Can we launch in time for the eclipse itself? Who knows!)

What we did include shows the solar eclipse as it appears from Earth (we have some way to go yet to get the solar atmosphere looking realistic, but we think this is a nice placeholder), and from space showing its shadow as appears on the surface of planet Earth.

What we didn't include is the bigger (wider) picture. It's fascinating to watch at 60x speed with a fisheye lens – because one can see the approaching shadow tearing through the sky. You'll be able to see the eclipse as it appears from the Sun and Moon too, as well as from the ISS. 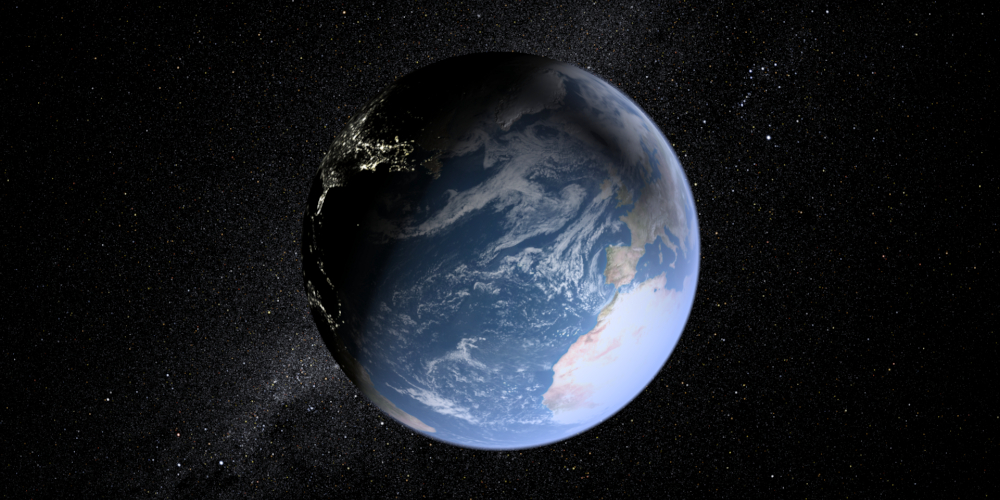 Back in March 2015, a total solar eclipse occurred over the Faroe Islands. Some amazing images were taken. But what did it look like from space? Here is a simulation of Earth as it appeared at the moment of totality over the islands. While much of Europe was swathed in the penumbral gloom that, if one didn't know otherwise, could just be explained away as an overcast day, the darkness of the umbra – the part of the shadow which is completely devoid of light – had a diameter of just 462 km. 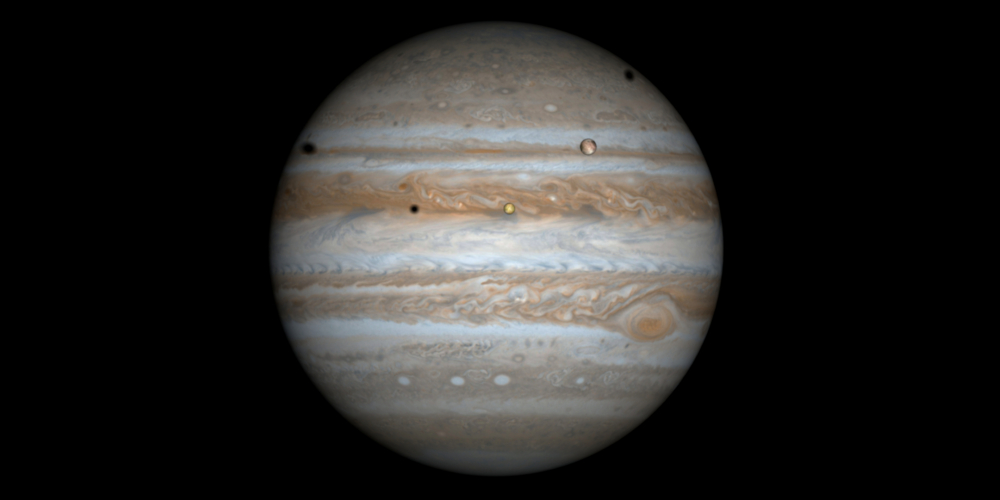 On certain dates throughout the year, Jupiter's moons put on a display that nicely illustrates the dynamics of the solar system. Through a small telescope or even binoculars, the four biggest moons – Io, Europa, Ganymede and Callisto – can be seen as points of light. Through a large telescope, they can be made out as spheres; furthermore, these spheres cast their shadows onto the planet's surface, which can be seen as fuzzy black discs.

Just set the date to 11th November, 1997 or 28th March, 2004 or 3rd September, 2009 or 24th January, 2015, and witness some of the most cosmic planetary ballets that can be seen from Earth. Moreover, escape Earth and see them from the perspectives of the moons themselves. 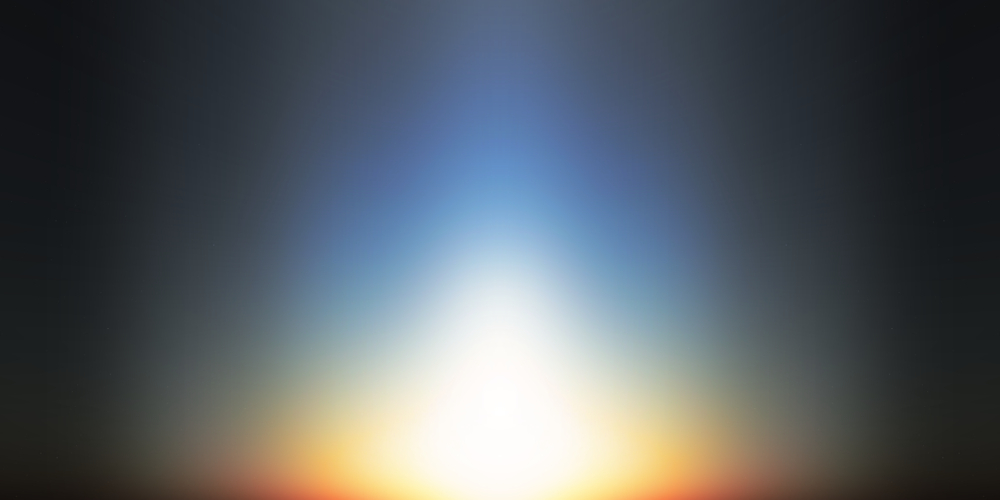 It isn't all about the night sky. In the distant future you'll see clouds and rainbows. But in the "vanilla" version, you'll get blue skies in the middle of the day and sunrise and sunset effects at dawn and dusk.

In this image you can see a time lapse montage going from left to right, taken on the winter solstice, of night-dawn-morning-noon-evening-dusk-night. 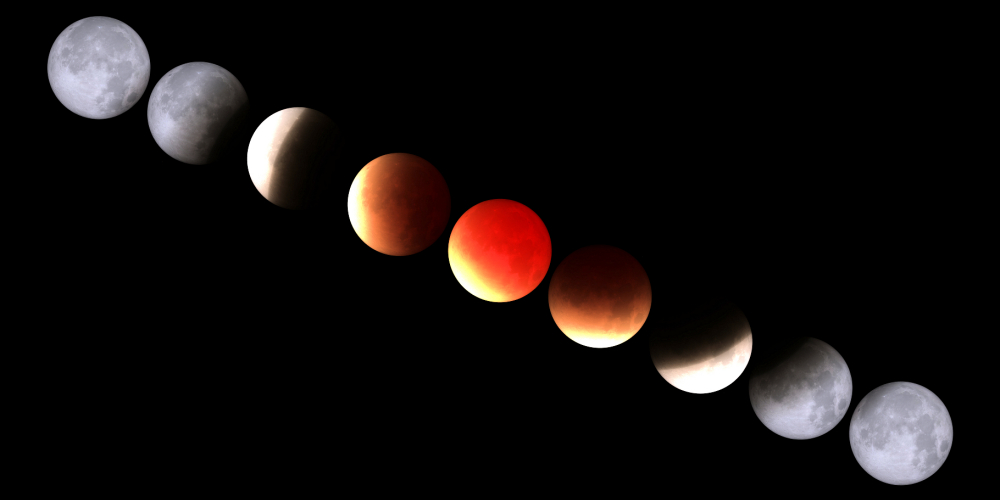 Whether you are excited by eclipses, have a taste for transits, or you're oriented towards occultations, we will be able to offer them all.

Here is a simulated 4-hour sequence from the 28th September 2015 total lunar eclipse. Each image is captured at 30-minute intervals. As in real life, the fully eclipsed Moon is thousands of times dimmer than the Moon without shadow, so here, the images are each snapped with exposure compensation. 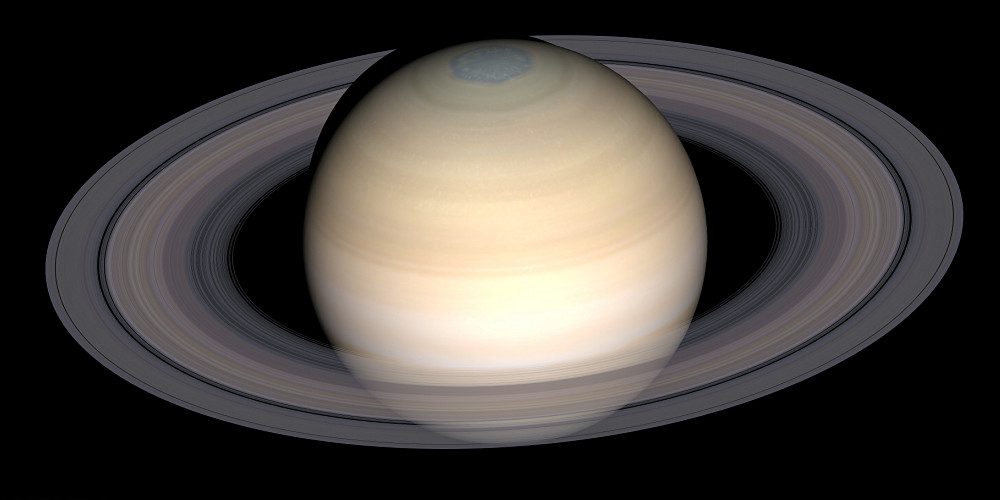 You are no longer stuck on planet Earth. Travelling through the solar system is a new feature, letting you fly over the rings of saturn.

The Moons of Saturn will be navigable too, each featuring its own quirks of nature and casting shadows onto Saturn's surface. High precision orbital calculations will show you what you can see from Earth with a telescope, as well as where the bodies are close up—on this scale the two differ, of course, because of the lag caused by the non-infinite speed of light! 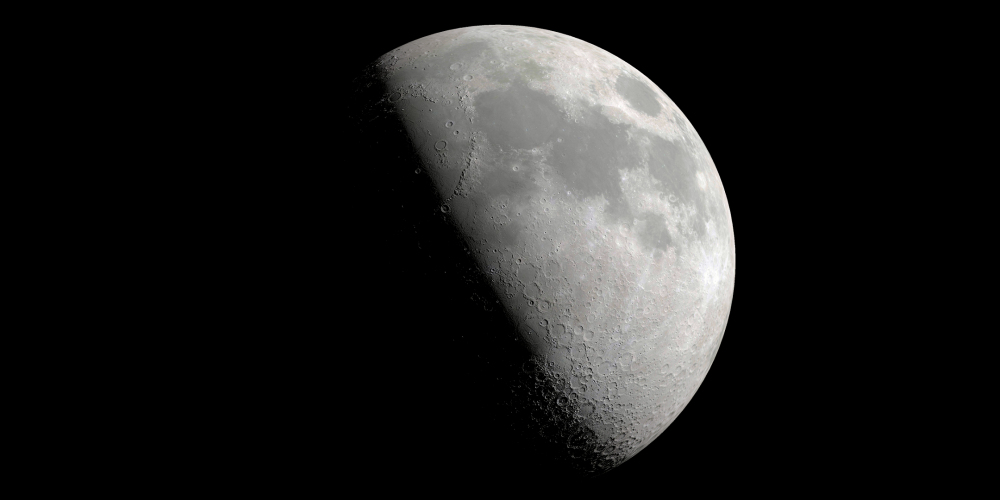 With improved textures and digital elevation modelling, the Moon looks more realistic than ever.

Not only will that make it an awesome sight in "Planetarium Mode", but in "Solar System Mode", you'll be able to escape Earth's gravity and go into orbit around our nearest neighbour. And yes, you will be able to land on the Moon's surface—eventually. This won't be in the first release, but we hope it will be one of the first new features to be added. 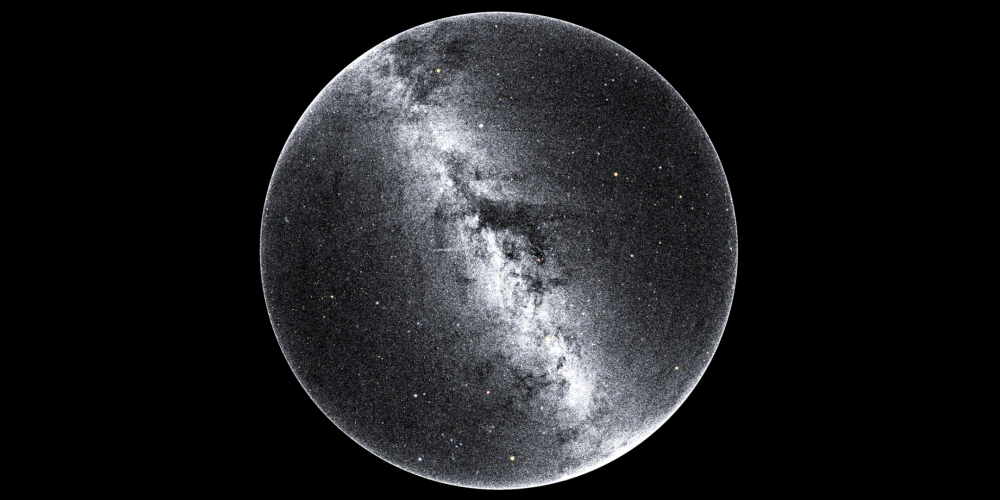 You will be able to view 2.5 million stars from our stellar database. However, our new architecture means that you will not be limited to viewing a few hundred at a time.

In future developments we hope that billions, rather than millions, of stars will be in our database, letting you fly to different corners of our solar system, and be able to view life as it would appear from a different sector of the Milkyway.